What if the people of the world could share a moment in time?  What would we tell each
other?  What would we show each other?  We hope to find out.    We hope to create a Social Medium that unites our flesh and blood reality with our virtual existence in cyberspace.  We will climb inside time and travel to a whole new space.  We will create a virtual frame of reference for the real world and a real frame of reference for
the virtual world.  We will relate to each other.

Imagine 24 screens arrayed in a circle with each tuned to a live web cam from one of the world’s 24 time zones.  Face the screens outward from the center of the room and you will have a simulated globe.  Or face them inward from the outer edges of the room and you will be able to see the whole world at the same time, but turned inside out.  The technology is not difficult.

But what is does it mean to do or see something at the “same time”?  Simultaneity is relative.  The truth is that we still have trouble defining exactly what is the same time in two or more different place because everything, including ourselves, is moving all the time.  The earth revolves around the sun at the rate of once a year and spins on its axis once a day.  Our spiral galaxy the Milky Way is also spinning.  The 24 Screen World Clock will give everyone who participates 24 points of information that we can examine together.  We can also dance.  For the first time in history the world will have a unified frame of reference in which to ponder all these questions.

Globalization is a term that is bandied about a great deal, but what does it mean?  Does it mean that our world has become nothing more than a playground for multinational
corporations?  Or is there something else going on?  What does it mean to have the
world connected to itself in the manner that the World Wide Web has done?  The world economy has morphed into a distributed computer with individual humans as its processors.  Our individual minds have become part of something larger.  What have we gained and what have we lost?  What is the real nature of Globalization?

We share an orb floating in the vastness of space.  Buckminster Fuller called our planet Space Ship Earth.  Bucky was an optimist.  He believed in the power of human invention
to make our Space Ship a wonderful place.  He was fond of saying that we have the potential to all live as billionaires. Space Ship Earth has come to resemble more what I call Cruise Ship Earth.  On Cruise Ship Earth a huge Casino occupies the upper portions.  The
Players occupy the deck and the cabins with windows.  The gaming tables are surrounded with luxury restaurants and bars.  There are some quite comfortable cabins for the cooks and stewards and courtesans.  The maids and janitors have adequate, if small, lodgings.  But the great bulk of humanity lives in steerage.

On each equinox the sun shines just about the same on everyone on earth.  Our existence on earth is dependent on this powerful light.  We are also dependent upon another powerful force, money.  Unfortunately money does not have the cyclical nature of our beloved sun.  With money it seems that them that has gets, and them that don’t have don’t get, until somebody has it all.  That fellah Jesus said something like that a long time ago.
Buckminster Fuller dedicated his life to “the search for the principles governing the universe and help advance the evolution of humanity in accordance with them… finding ways of doing more with less to the end that all people everywhere can have more and more”.  That is the goal of World Meet World Human Equinox.

The World Meet World Human Equinox is a new type of social medium.  It will let you, the intelligent and ambitious young people of the world, meet each other in a place where it will be apparent that you have far more interest in elevating those below you on the economic ladder than you do in deferring to those above you.  They are your potential customers.  The free market is based on mutual aid.  Rewarding the producer who makes the best television set or the best ice cream is in everyone’s interest but that positive reinforcement has no relation to the withholding of the means of survival until workers will accept any wage that is offered.  Poverty harms us all. In a global economy the well being of the poorest person in the world is the leading indicator of where we are all headed.  We need a Social Medium that will show us that.

I spend a lot of time knocking multinational corporations?  Does it mean that I believe that all the employees and stock holders are evil?  I have used Google ten to twelve times while writing this.  I have used Microsoft Publisher for all my geometric renderings in my company Math for the Ages.  So if they are evil, I share in the guilt.  But there comes a time when we all must face the world as it is.  The World Meet World Human Equinox is this point in time. Twice each year the day and night are roughly equal everywhere in the world.  What if the economy could have an equinox on a regular basis?  How would a Human Equinox change us?  Let’s have a big Global Party and find out. 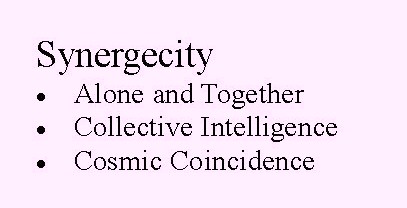 Think of a human being alone against the elements.  Survival itself would be a continuous and difficult struggle, with the outcome in doubt. Then think of a human being in modern society.  Human identity has become further and further removed from our physical, natural environment.   We have been on the path of personal specialization for several millennia and our virtual world has accelerated that to light speed.  We enhance each other’s productivity exponentially.  The impact of six billion thinking consumers and thinking producers interacting with six billion creators and discoverers so completely outweighs any current conception of “economic value” as to not be comparable.  It is worth more than all of the “money” that has ever existed.

Here’s what we face.  Every day is an auction, but the great majority of people are not
bidders, they are merchandise.  Slavery has returned to the world and is more wide spread today than at any time in human history. Every day is an economy.  Every day every person needs food clothing and shelter.  I believe that our collective intelligence can solve the problem of poverty.  As I’ve talked about earlier in this blog, I have proposed solutions, as well as others.  Let’s make a thorough going knowledge of the nature and functioning of money an important part of our world consciousness.

The Social Dividend/Basic Income is the most promising idea available on the planet today.  The work of BIEN (Basic Income Earth Network) and USBIG (United States Basic Income Guarantee) deserve the attention of everyone on the planet.  Giving an equal grant of cash to every person on the planet is neither politically right nor left in nature.  The impact of channeling a regular, equal payment of money to every person on earth would be astounding.  Free markets would flourish everywhere.  Trade would be based on mutual advantage and not physical dominance.

This would usher in what 20th century philosopher Walter Russell called Rhythmic Balanced Interchange.  Russell believed that all human minds are but extensions of the single mind of God.  He also believed that God manifests through light.  The internet is nothing less than a global light network waiting for us to put it into its full function as a universal manifestation of God’s love for humanity.  This love extends to every person on this planet.  Our main vehicle of light communication is money.  That light must shine on every person everywhere.

The existing money systems could be left in place, but their principal function of control through deprivation would be destroyed.  This would eventually render them irrelevant.  These systems are telling us that we must all be sentenced to at least a generation of deprivation.  The productive increases created by bringing the full benefit of the free market to everyone would permit a leveraged buyout of the entire current economy with pocket change.

This shared recognition of our mutual value to each other is alive and growing in our world.  It communicates now through a process that Psychologist Carl Jung called
Synchronicity.  It is the process by which seemingly unconnected individuals and unconnected incidents come together in a manner that cannot be explained by our normal matrix of cause and effect.  It is what writer Robert Anton Wilson called Cosmic Coincidence Control.  It is the growing awareness that perhaps human beings are connected at a level that is beyond space and time.  The World Meet World Human Equinox seeks to give this feeling, this idea, this movement a home.  It is a Social Medium that goes beyond holding a mirror to each other and seeks to go through the mirror Alice in Wonderland style to a new Social Context.

This entry was posted in Uncategorized. Bookmark the permalink.